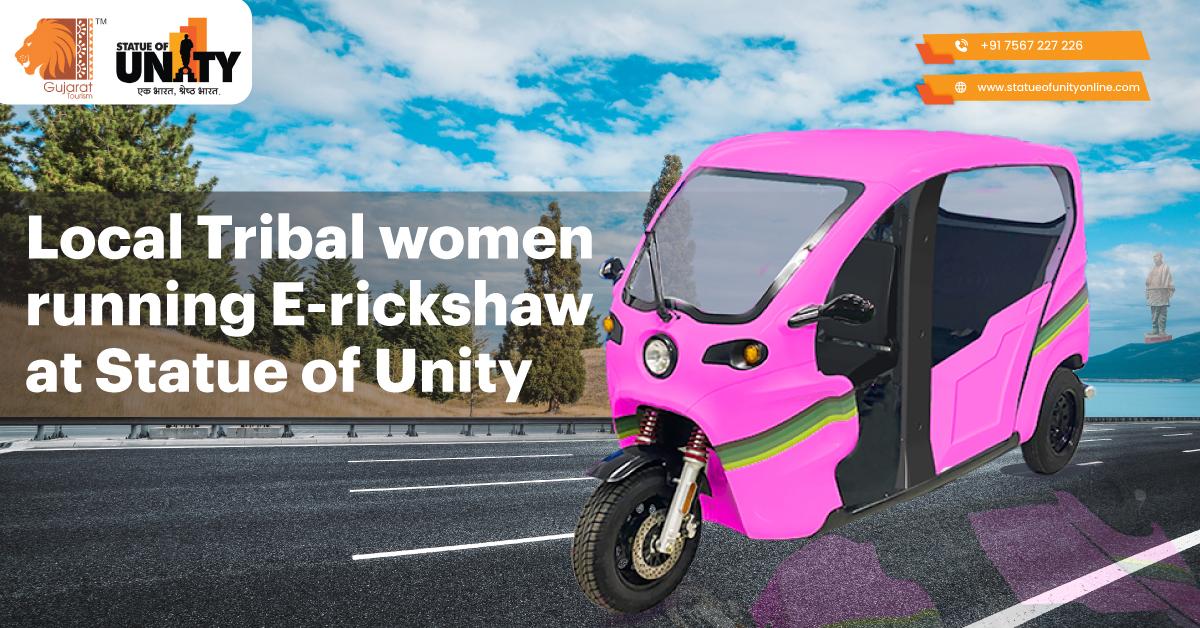 As Indians, the main goals are to become environment-friendly. The government of Gujarat has taken steps to ensure women’s empowerment. The major globally is the Kevadia region, which is now becoming an electric-only vehicle area. It ensures that tribal women in Kevadia also get good work and opportunities.

ETO motors are the country’s first electric mobility solutions and services company. Started 50 E-rickshaws at Kevadia in Gujarat. The Statue of unity partnership, area development, and tourism government authority. The company would deploy over 350 electric vehicles in less than six months.

Announcement of developing Kevadia as India’s first electric vehicle city as early as 2021, Prime Minister Shri Narendra Modi stated that Kevadia would be the first dream project of India, as the world’s tallest Statue of Unity and women empowerment E-rickshaw. Along with running environment-friendly vehicles. The company also gives employment opportunities to women, thus empowering them. Women with the theme would drive the E-rickshaws.

Women refer to the power to make them capable of deciding for themselves. Women have suffered a lot through the years. They were treated as almost non-existent. Women realized their power.

Women drivers take driving training at the skill development center at Kevadia, free of cost. There is no pollution at Kevadia.

Approximately 60 women have trained. Above them, 45 women obtained their licenses. More than 200 women are educated regarding different fields of interest.

If you reach the 400 feet height of the Statue, the price of a ticket for an adult is INR 350 and for kids INR 200. It takes you to the chest of the Statue.

You can buy an express ticket for INR 1,000 per person on the weekend and holidays.

Statue of Unity tents booking, Tent City is close to the Statue of Unity. Narmada Tent City at Kevadiya in Gujarat is perhaps the best way to ensure a good time with family. The Statue of Unity – the world’s tallest Statue – not only provides a place to stay, but it also offers various adventure activities and promotes ecotourism for visitors.

A tribal woman is busy learning the skill to drive an e-rickshaw. “Women feel happy and energetic when they operate an e-rickshaw. Instead of sitting at home, they will also earn by operating the service in the village”. In many villages, people walk miles to go to the market or reach the central market to get a bus. Thus the service could be a relief for villagers.