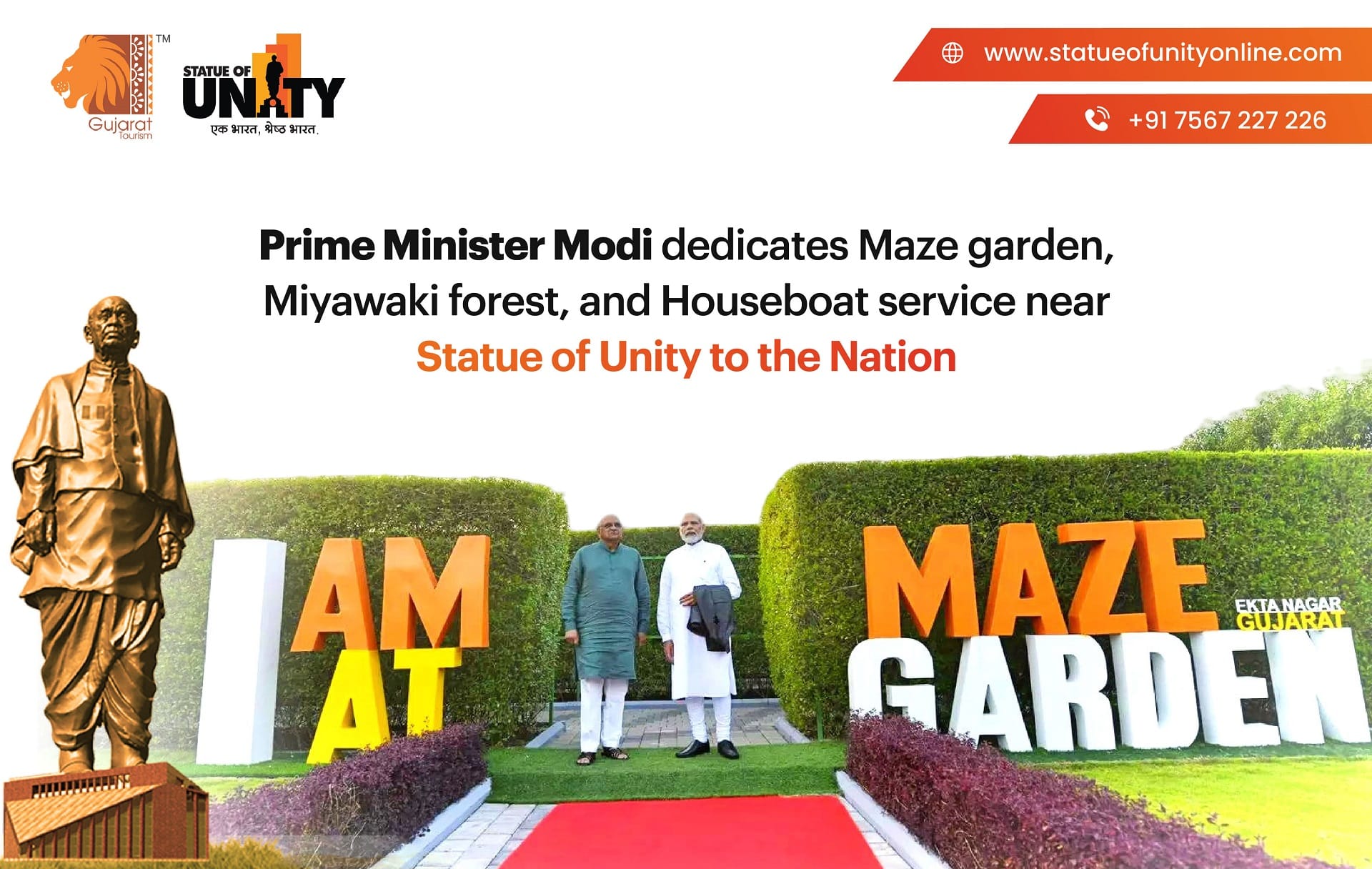 At the time of the unveiling of Gujarat’s Statue of Unity, most people thought it was just a statue. Prime Minister Narendra Modi, however, had more ambitious plans and a vision. He wanted the Statue of Unity to be a hub for tourism, drawing people of all ages. Tourists can visit the Statue of Unity and their nearest attraction, experience fascinating sites, and admire nature’s beauty.

Furthermore, there are three new tourist attractions dedicated to Ekta Nagar through PM Modi: the Maze Garden, the Miyawaki Forest, and the Ekta Houseboat. If tourists want to see all these attractions, they should stay in a tent city near Statue of Unity.

This Maze Garden has been developed in just eight months and is spread across three acres. As a result of its design, the Maze Garden at Ekta Nagar emanates positive energy in the form of a Yantra. In addition to challenging the tourists’ minds, bodies, and senses, this activity will also plant a sense of adventure as they wind through the puzzling roads of this garden. More than 1,80,000 saplings have been planted around this Maze Garden. These include Orange Gemin, Madhu Kamini, Glory Bovar, and Mehndi. The land has not only adorned its surroundings but has also contributed to creating a vibrant ecosystem home to birds, butterflies, and bees.

Another tourist attraction is the Miyawaki Forest, named in honour of Japanese botanist and ecologist Dr. Akira Miyawaki. Miyawaki developed a technique for planting saplings of different species close to each other, which then matured into dense urban forests. It takes around 20 to 30 years for a forest to develop through the traditional method, while the Miyawaki method takes just two or three years.

A houseboat service near the Statue of Unity was also inaugurated by the PM, OYO Ekta Houseboat, Gujarat’s first houseboat service. According to OYO, this houseboat has two bedrooms, a dining room, a drawing room, a kitchen, and an upper observation deck, 90 feet long and 20 feet wide, with a rich and culturally diverse confluence of craftsmanship. As part of its release, the hospitality firm added that the boat’s exterior features carvings and a wooden finish, while the interior is influenced by Gujarati culture and art.

The Statue of Unity is the world’s most famous monument. There are many attractions at the Statue of Unity, including the tent city, butterfly garden, cactus garden, vishwa van, valley of flowers, and unity glow garden. We recommend the Statue of Unity tents booking for the best-staying experience and enjoy the above attraction near SOU. In Indian culture, nature has a special place and a high standing, reflected by their close association with it. These attractions were designed to provide tourists with a holistic experience rather than a one-dimensional one. 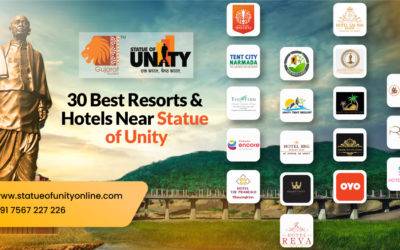